TMG is proud to have partnered with Kaleida Health to announce an incredible achievement for Gates Vascular Institute, a part of Buffalo General Medical Center: receiving a “Top 2% in the nation” ranking for cardiac surgery by the Society of Thoracic Surgeons. TMG developed a campaign theme of Hearts in the Right Place, signifying GVI’s promise to patients and employees alike to consistently be the best choice for cardiac care. To bring this idea to life, our team also developed a mark combining the 2% honor with a heart, which was applied as a consistent element across campaign touchpoints. TMG then reached for the sky, wrapping several of the top floors of Buffalo General Medical Center’s downtown-facing side with 2% cardiac campaign branding, and also took to the streets – with a custom Canalside bus shelter design. The campaign execution further extended into the Western New York community and beyond with billboards, signage in the Buffalo Niagara International Airport and a television commercial celebrating the impact that Gates Vascular Institute has on its patients and dedicated caregivers. 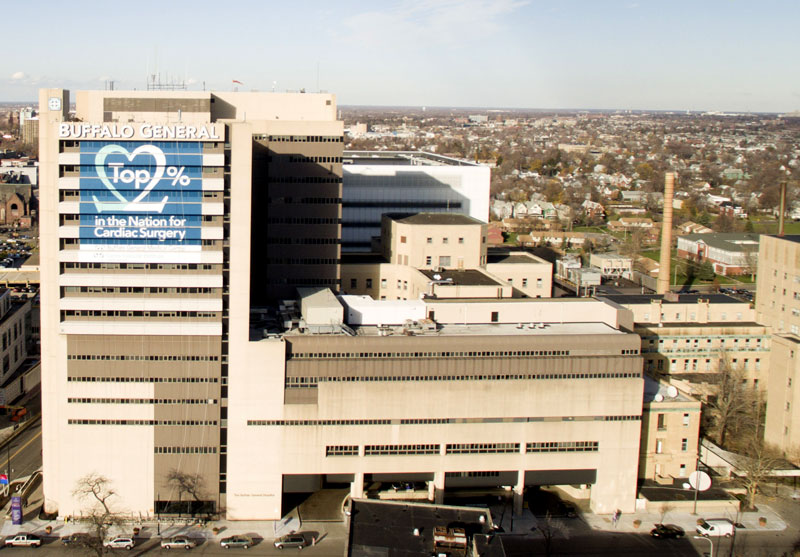