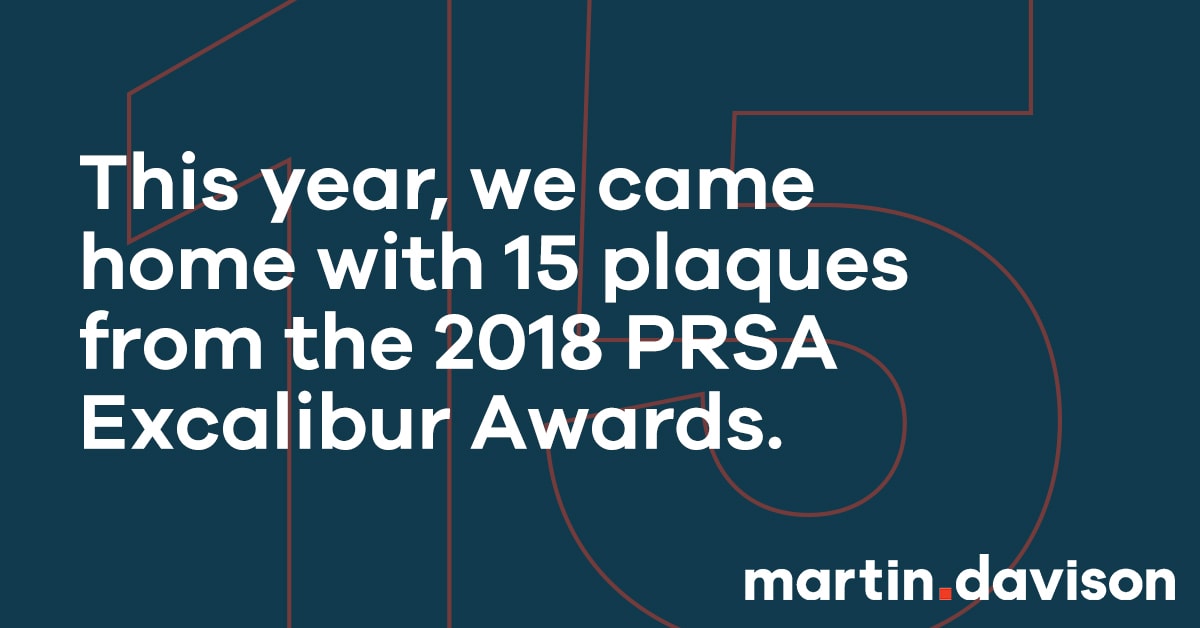 MDPR’s work was awarded in the following categories:

“This is Us” video (SILVER, Tactics, Video or Audio Programs)

Each year, the Public Relations Society of America (PRSA) Buffalo Niagara Chapter celebrates the programs, projects and people that strengthen and sharpen the profession with the yearly Excalibur Awards.