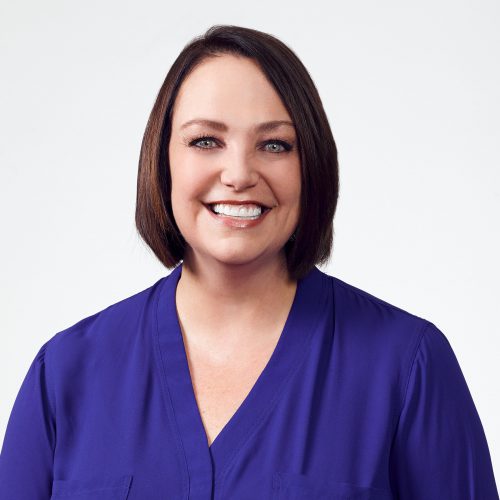 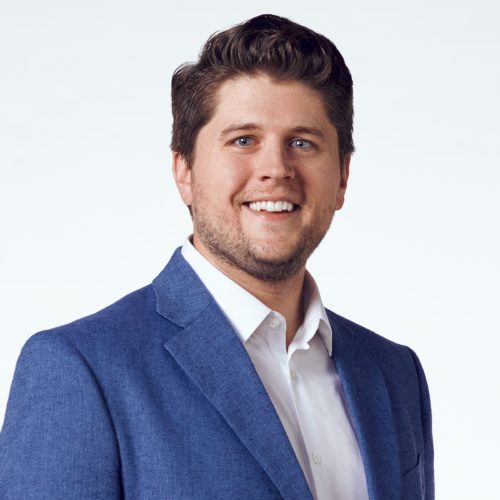 What was your first-ever job?

Dan Giacomini: My first job in the industry was as a communications intern for Sims Metal Management, the world’s largest recycling company. But before that, my first-ever job was as Mr. Cool, the ice cream man, for one summer in high school. In all my subsequent roles and career stops, I’ve yet to find a position as commanding of respect and loyalty as was driving that truck.

Kelli Putney: My first opportunity in the communications business was an internship with The Discovery Channel. But my first-ever paying job was working the front counter at McDonald’s. In hindsight, I was probably a bit too zealous each time I said, “Welcome to McDonald’s” because more than one customer asked if we were filming a commercial. I guess that’s a tie-in to the advertising business?

What was your path to what you’re doing now?

Dan: I was a history major in college, so I took the “scenic route” as far as my path to get to where I am today. After college, I took a PR internship in New York City—kind of on a whim—and spent the next four years gaining lots of valuable strategic communications experience at a large firm before moving back to Western New York in 2012. Once back, I took a few additional side streets – PR account management, then media sales – before arriving at The Martin Group, where all that diverse experience has paid dividends toward my current success.

Kelli: I majored in communications studies in college and decided I wanted to specialize in broadcast journalism. So I earned a master’s from The Newhouse School at Syracuse University and did a bit of television news before deciding I most enjoyed working on the other side of the equation – telling good news and sharing positive messages. A Syracuse alum offered me a position in public affairs in Washington, D.C., where I began a career that has spanned advertising, public relations, and marketing for a variety of organizations in D.C. and back home in Buffalo.

What single most important piece of advice would you give to students and young professionals trying to establish themselves in the industry?

Dan: I always tell aspiring young professionals the same thing: be flexible. Your first job out of college might not be your dream job, or even the job you thought you were going to get after earning that fancy degree. But even if it’s not your final destination, each new experience makes you a more skilled professional, expands your network, and usually helps clarify what that dream job actually looks like (and where to find it).

Kelli: Say “yes” to new opportunities and assignments as often as possible. That may mean stepping out to assume a new role on a project, being willing to work on a weekend because the business is important to your company’s future, or being willing to represent your organization at networking events and on industry boards. You won’t regret it.

You’re standing outside a 7-Eleven when the aliens land. They can only survive on Earth for two minutes and you only have two dollars. What snack do you buy to teach them about humanity and provide sustenance for their long journey home?

Dan: I would not presume to know what the aliens would need for sustenance and nutrition. But as far as teaching them about humanity, a scratch off and a fidget spinner might be the best way to spend the two dollars.

Kelli: A Diet Mountain Dew and a Snickers. They’ll need the caffeine for their long trip home, and the Snickers bar because it reminds humanity that “You’re not you when you’re hungry.”

What music is playing in heavy rotation right now?

Dan: I love music, but audiobooks and podcasts have been dominating my audio rotation lately. There’s just so much useful and interesting information out there, and the great thing about consuming information as audio is the ability to multitask; you can actually learn something while mowing the lawn or jogging.

Kelli: In years past, I would be listening right now to the orchestration and choral parts for the annual Christmas Cantata (concert) that I produce and direct each year at my church. But I have a very eclectic musical palette, and because the concert is cancelled this year, I’m listening to my usual mix of anything that makes me move – from hip hop to Motown.

Dan: Before you go to bed at night, have your to-do list ready for the next day. This way, you can hit the ground running as soon as you wake up, and don’t waste any time wondering what you need to prioritize.

Kelli: Never burn a bridge. It’s always better to maintain positive relationships with the people you work with and work for – and you never know when your paths may cross again.

Dan: It would include a long run, lots of memory making my three young kids, more than one IPA, and – God willing – a Bills victory.

Kelli: I love going to Saturday morning breakfast with my family at a small diner in our neighborhood, then spending the rest of the day outside at my parents’ small farm up in Niagara County. Sundays in our house are for church and football, and I agree with Dan that a Bills win is a must!

Who’s the closest sitcom character to your real life?

Dan: I don’t want to be too self-deprecating here, but Homer Simpson and I have a lot in common.

Kelli: I hate to admit it, but I think I’m a lot like Monica from “Friends,” very Type A, passionate about my friends and family, and always trying to do the right thing. Honestly, I always wanted to be a “Rachel,” but it’s just not who I am!

If there’s a quote that, in one way or another, sums up the way you view and live your life, what would it be?

Dan: It’s cliché, but I love that quote from “Shawshank Redemption”: “Get busy living or get busy dying.” It’s a great heuristic for how to approach life.

Kelli: When I was young, my mom shared a quote that I’ve tried to emulate my whole life: “If I can’t do great things, I’ll do small things in a great way.” I recently learned that this quote is attributed to Dr. Martin Luther King, Jr.

If you weren’t doing what you’re doing now, what would your dream job be?

Dan: I think I would’ve really enjoyed being a history teacher. I’d also love to make a career as a scientist or researcher on the precipice of some very important discovery, like leading the search for life on another planet, or understanding the origins of human civilization.

Kelli: Some of my friends have called me an “adrenaline junkie,” and I think, if I had to do it all over again, I would love to be a pilot, maybe in the Air Force. For now, I get my adrenaline rushes from the deadline-driven world of advertising and developing new business!

If you never had to sleep again, what would you do with all your newfound time?

Dan: I would hopefully devote that time to creative activities that I currently struggle to find time for these days: writing, playing music, painting, etc. But if it just meant more time with my family, that would be okay, too.

Kelli: I would read more books for pleasure. I can get truly lost in a great book and often look at the clock to realize it’s 4 a.m. and I haven’t slept a wink yet. It would be a dream come true if I didn’t need to sleep!

What’s your favorite movie of all time and why?

Kelli: “A Few Good Men.” I worked in the Washington, D.C.-area for eight years, including a stint with the Defense Department, so I love anything about the military. And who can forget the infamous courtroom scene where Jack Nicholson tells Tom Cruise, “You can’t handle the truth?” It doesn’t get any better than that.

What has been the favorite, most interesting or surprising project you’ve worked on at The Martin Group?

Dan: One of my career highlights since joining The Martin Group in 2017 was working on ECMC’s 100th anniversary campaign couple of years ago. We created a number of different assets, most notably a 30-minute documentary detailing the history of the hospital, which I’m very proud of. And during the process, I also learned about my own unique connection to ECMC: turns out my grandmother worked there, as did my mom, as did my dad – and working together at ECMC is where my parents first met.

Kelli: Much of my work for The Martin Group has been in our healthcare practice, and I’ve found those projects to be highly rewarding. Two very notable ones include the opening of Kaleida Health’s Gates Vascular Institute and John R. Oishei Children’s Hospital – both gems of the Buffalo Niagara Medical Campus. But the most unique experience I’ve had here was working with global medical device manufacturer Stryker Spine. To immerse ourselves in their business and better understand their user audience, Tod Martin and I attended an educational conference where we participated in mock spinal surgery being performed on cadavers by some of the best surgeons in the world.

If you were going to bust out of Buffalo for a bit, where would you want to go?

Dan: I’ve spent time living in both New York City and Rome, and would love to move back to either of those cities – family and professional obligations notwithstanding.

Kelli: My husband and I honeymooned in the Turks & Caicos Islands, and I think it has the most beautiful water and some of the best snorkeling in the world. We then took our twins for vacation when they were young, and I would go back in a heartbeat.

What’s your favorite restaurant in Buffalo and favorite dish on the menu?

Dan: The Bar Bill. But it’s because they have the best wings and beef in Western New York, not because my in-laws are the owners. My go-to order is a regular beef and an order of 10 medium-hots.

Kelli: Sounds delicious, Dan! I’m a huge beef on weck fan, so I’m definitely going to try The Bar Bill. But hands down, my family’s favorite is Chef’s on Seneca Street in Buffalo. When we go, we don’t even need a menu; it’s just “spaghetti parm” all around.